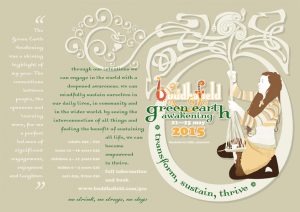 The idea for this poster literally popped into my head, almost fully worked out. It was originally a personal project, but the idea was sold to Buddhafield part way through the development process.

I had been looking into late 60s and early 70s Art Nouveau inspired psychedelic posters. The net result was that I bought a terrific Black Sabbath tee-shirt which featured an Art Nouveau style frame. That’s the origin of the knot-like swirl at the top of the frame. My intention was to say something about the magic in making with traditional craft skills, the spiritual merits of skilful occupation, mindfulness, and the ethics of sustainability, all themes commensurate with Buddhist ideals. 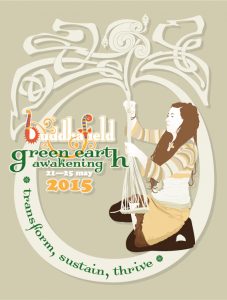 The figure is based on a photograph taken at the event. I deliberately tried to keep the colour pallet minimal and softly earthy to emphasise the dynamism of the form emerging from the basketry. 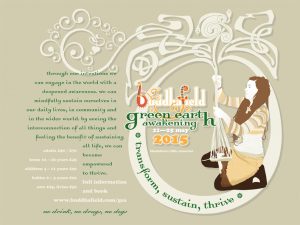 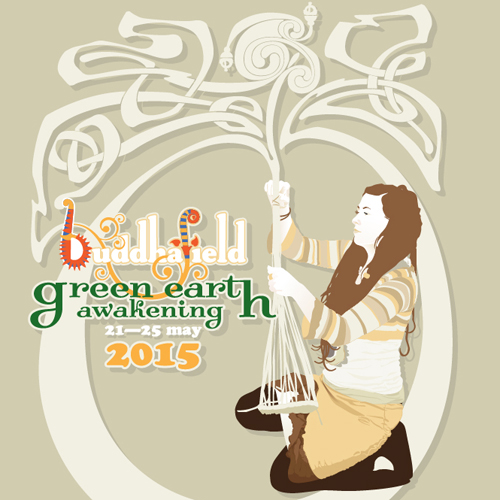