I have to confess that I’m afraid of life drawing. No, not the being around naked people, but the skill of observational drawing in real-time. Truth to be told, I’ve actually avoided it and kept to the relative safety of drawing from photos (many of which I’ve scouted out and taken myself, to be fair). 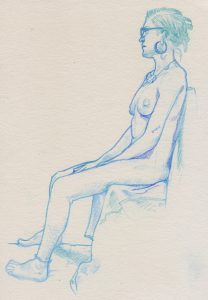 Part of the reason for coming back to Bristol from Devon was the somewhat broader and edgier arts scene. When I arrived in the Spring of 2016, one of my favourite haunts quickly became Café Kino on Stokes Croft. So there I was, having only recently landed here, looking for something to temporarily sub for a pottery class, and on there on the programme board was a weekly, model-led life drawing class. I made a snap decision to go to the next one.

As it turns out, I was better than I thought I would be. Clearly I could do with some guidance, which the two women running the class weren’t proposing to offer. But I decided I would give it as many weeks as it took to fill the empty sketchbook I found in a box the week before (one I’d actually made myself at a book-binding class). 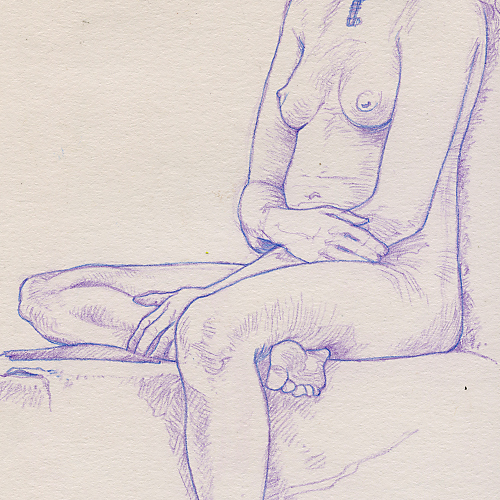 This project demonstrates the application of and Drawing. Follow the links to see more projects using these skills.