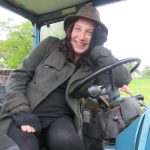 I started working for Buddhafield full-time in January 2009, partly with a view to redeveloping the charity’s website. Picture editing was going to be a major task.  Some of Buddhafield’s activities (festivals in particular) lend themselves very well to being photographed, but the photos they had acquired up to that point would generously have been described as a mixed-bag. Although there were some passable images from the Buddhafield Festival, there were none to speak of regarding the Buddhafield Café, and even less that could be used to illustrate a meditation camping retreat. 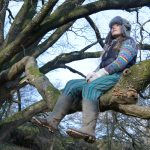 Flickr album: First Light in the Garden; a tree planting and permaculture event at Broadhembury, spring 2012. Photographs by Kirsty Porter.

Knowing that I was going to be rebuilding their website, and rather appalled by the dearth of images, I set about turning the situation around. Firstly I started taking photographs. I bought a new Canon PowerShot SX210 (and promptly had to replace it after I dropped it in the sea during a skinny-dipping adventure) and made a nuisance of myself photographing any event I was working at for about the next 4 years. It took a couple of seasons to get into my own stride and be more conscious of what would make a good photograph. I alternated between capturing the “wallpaper” of a camping event — the things one ceases to see as features, like the tents, kit, supplies, and vehicles — to the people on the various crews, and then to nature itself.

Secondly I started to be more formal in recruiting Festival photographers. This was a job that had fallen to me by default. I started to insist on seeing a portfolio before I agreed to take someone on, whilst discouraging colleagues from recruiting friends, or more often friends of friends. Many of these people liked the idea of being a photographer, but didn’t actually have a good eye. I also proactively asked people who were know to have taken good photos if we could have copies of their work on licence.

Finally, I set the charity up with several social media accounts. The Buddhafield Flickr account was designed to store and collate the photos I was curating. I would estimate that Flickr displays around half of the photos I’ve actually taken or collected since 2009. I have a fairly consistent aesthetic policy both in terms of composition and content, ensuring that all images represent the event, the subject, Buddhafield and Buddhism in a good light. 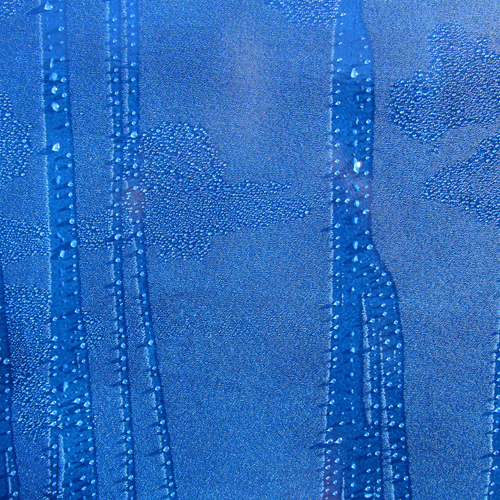 Early morning condensation on the side of a van. Much of Buddhafield's venerable, well used (and frequently abused) kit is a photographic draw in terms of colour and texture. Flickr Album, Weekend working retreat, November 2013. Photographs by Satyadarshin Perry.

This project demonstrates the application of Adobe Photoshop Picture editing, and Photography. Follow the links to see more projects using these skills.