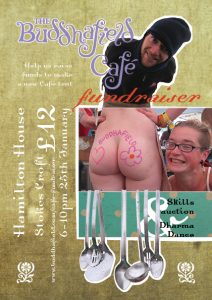 The inspiration for this poster-flyer was the party game of mixing up heads, bodies, and legs. That was suggested to me by leafing through a book on the work of designer Vaughn Oliver, best know for his album cover artwork for the 4AD music label. The photographs were taken by me at various Buddhafield café events, including the backdrops (the yellow-green texture is the Café’s canvas). The cursive script is a vectored translation of hand lettering by one of the Café team. 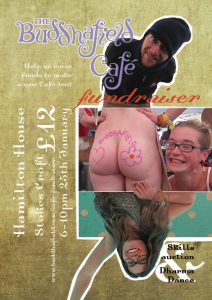 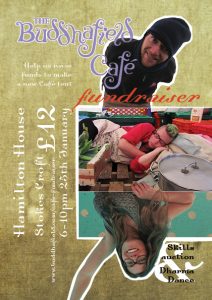 Typically, the mercurial photo of the two women proved controversial. They had (for reasons best known only to them) decided to spend the shift working naked apart from their aprons and a dash of dayglo lettering. Green Man festival is a relatively straight, middle class event, and this was met with a certain amount of discomfiture from the clientele, in itself adding to the amusement.

The font family is Dalliance, designed by Frank Heine in 2000 and published by Emigre. 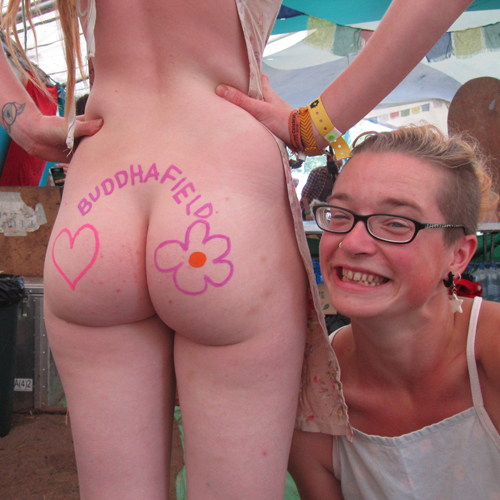