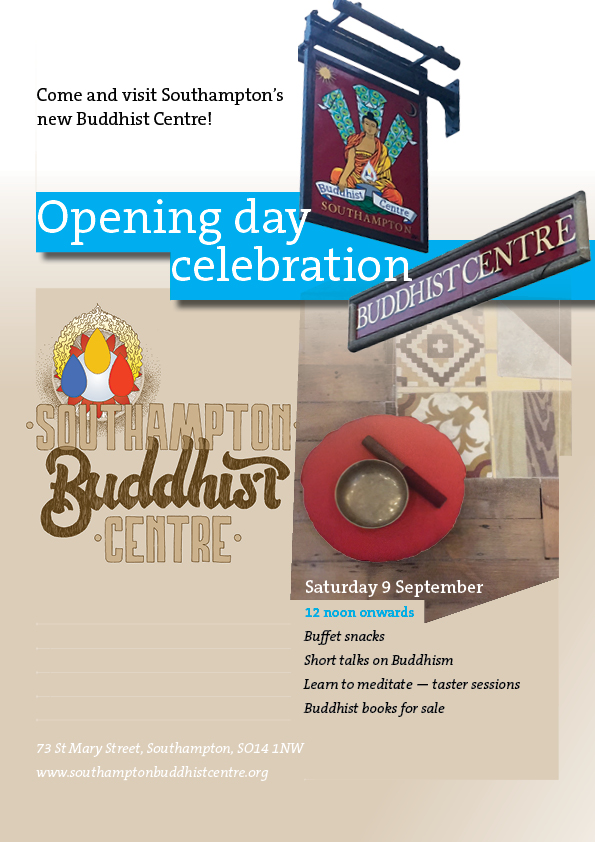 Hand drawn lettering in context: a masthead for the Southampton Buddhist Centre. I’ve suggested the Centre’s urban location with street-art influenced, hand-drawn lettering for the masthead. I was asked to think about combining the themes of “urban and gritty but with an element of aspiration and transcendence”.

The Centre was on a tight budget and didn’t have a photographer amongst their community. I briefed a member of the Centre team to take some quick ’n’ dirty smartphone snaps, and with a bit of Photoshop clipping, I used the implied geometry as part of the composition. the angularity is a nod to urban rooftops and foreshortening.

The painting of the Buddha is a clever twist: the Centre was a pub for many years, so the Centre’s trustees commissioned a new “pub sign” to hang outside the building. Previously know as The Plume of Feathers, this motif was included as a trio of peacock feathers — a traditional Indian symbol of opulence — fanning the Buddha. 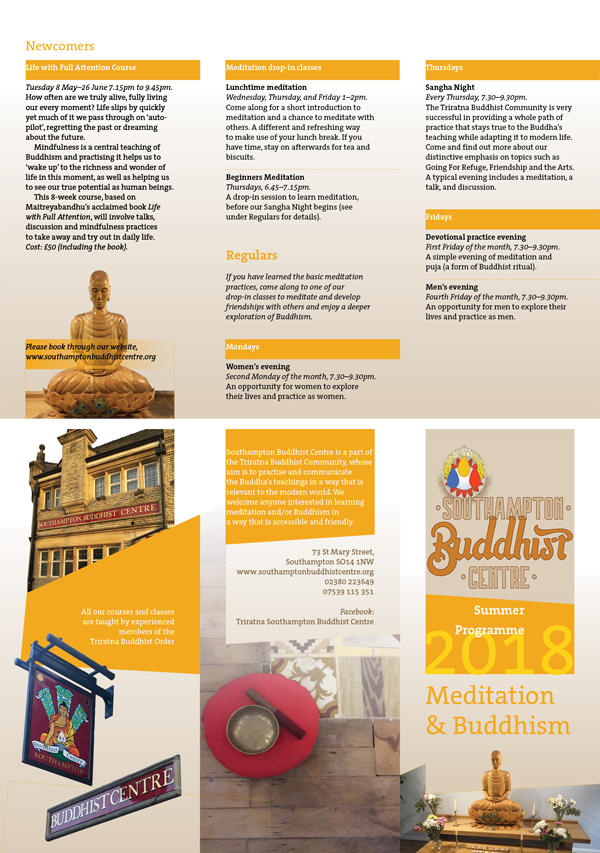 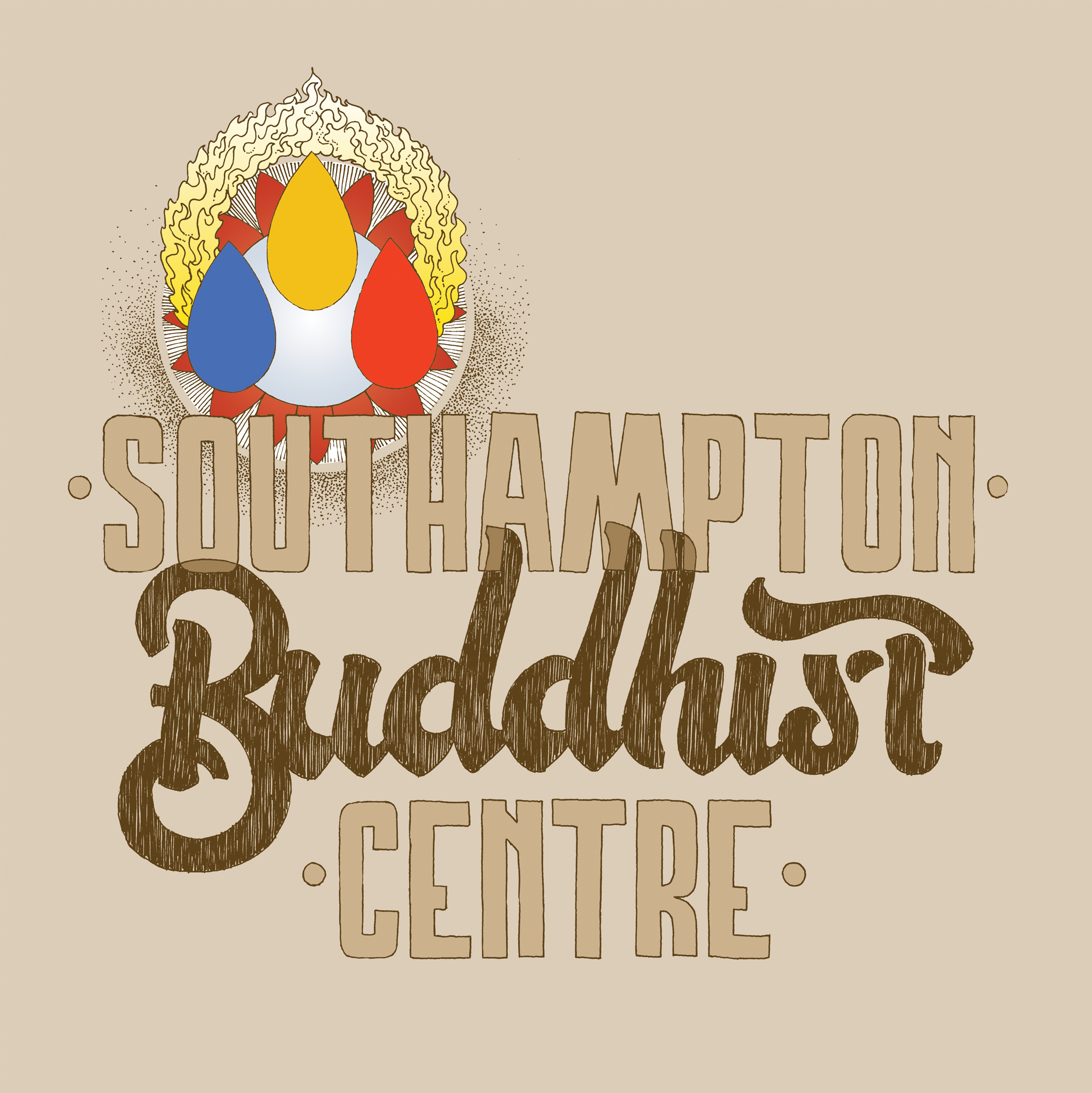