The inspiration for this project is frankly a little obscure, but it somehow came out of  a few very late nights at Glastonbury Festival 2017 and Miss Macneil’s penchant for corsets. Both of us rather like dressing up (I have a wardrobe that’s got a number of striking jackets), although I’m probably better described as a Lovecraftian companion to her Steampunk style. Wookey Hole is the perfect  location for a Lovecraft inspired horror story, and that’s a view of one of the caves as the backdrop. I nod respectfully at Sidney Paget, the original illustrator of Sherlock Holmes in The Strand Magazine and my choices of lettering are lifted from Art Nouveau sources. 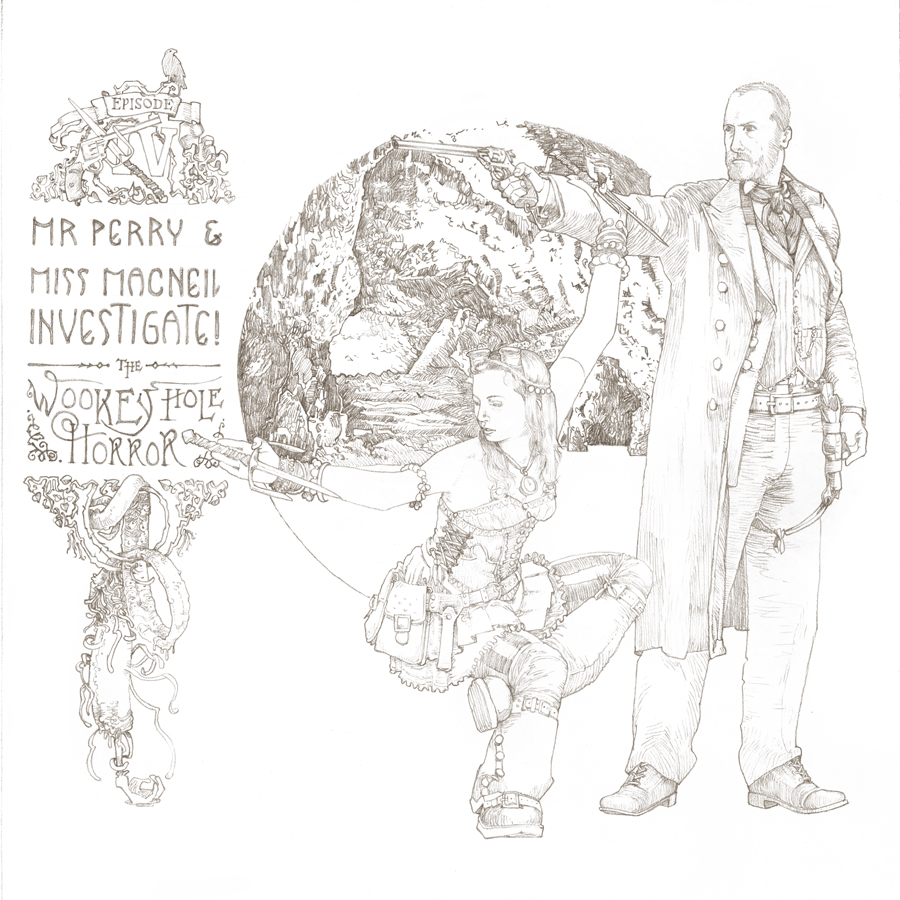 This is Episode Four in what will become a series of six illustrations. I started at four because all the best trilogies do, of course.

And a prequel trilogy:

Any connection to existing works is, of course, entirely coincidental. 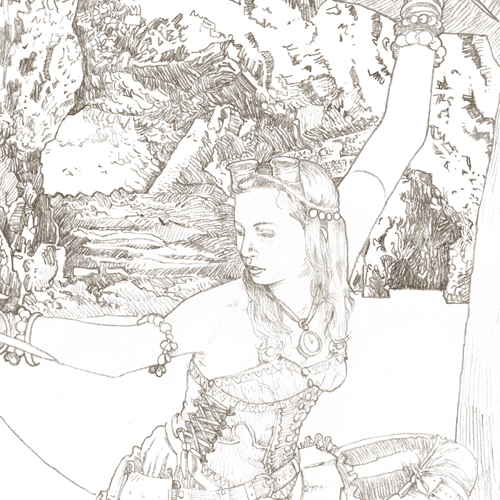 This project demonstrates the application of Drawing Figure work, and Pencil. Follow the links to see more projects using these skills.